A Female Veteran with a Unique Experience

As part of DVNF’s commitment to serving the men and women who stood in our defense, we understand the importance of having team members who have been in their shoes. The following story gives some background on one of the veterans working at DVNF.

Tammi Jean Franklin, DVNF’s Donor Services Specialist, is a Navy veteran who came to DVNF in 2016. She is a Vietnam Era Sailor, and the story of her military experience as a woman in the 1970’s is best understood through the culture of the time. It’s quite remarkable how far we’ve come since that time.

Tammi Jean served in the Navy from 1973-1977. She enlisted at age 18. In contrast to today’s standards, “girls and boys” were not considered adults until the age of 21 so Tammi Jean’s parents had to sign for her to enlist.

Women weren’t allowed to enter the Navy in all professions until the passage of the 1972 Equal Rights Amendment.

“As an Air Traffic Controller, I was one of those women who entered the Navy in a ‘nontraditional’ job and paved the way for women to come.”

“I was proud to be in the Navy. Throughout my enlistment in the Navy I wore the same uniform worn by the W.A.V.E.S. during WWII. I was proud to wear that uniform. I loved its history. I’m an unapologetic “God & Country” girl. My interest in the military began while I was in Girl Scouts. Even in scouting I revered my uniform and what it meant to represent the Girl Scouts of Colorado.”

Her first duty station was NAS (Naval Air Station) Cecil Field in Jacksonville, Florida, beginning in the radar room. She shipped out to OLF Whitehouse Tower where Naval pilots trained to fly at sea at night. At the age of 19 she became a Tower Supervisor and certified controllers for that Tower.

“I felt so proud that day to be a member of the U.S. Navy and to witness and salute the arrival of our 38th President of the United States and our Commander in Chief as he addressed thousands of sailors.”

“I witnessed the impressive display of jet aircraft power.”

Until the late 1970s, Navy women were not allowed on ships. She spent her “Sea Duty” or “Isolated Duty” on what they affectionately called “the Rock.” Tammi Jean’s deployment to NASKEF (Keflavik, Iceland), as part of the Iceland Defense Force, which operated as a NATO base, began June 1977. She got to enjoy all the marvels this Arctic island had to offer, including the Aurora Borealis.

Why she joined the military

Tammi had many reasons for joining the Navy. For love of God and Country, her love for aviation stemming from her father who was a pilot, and her desire to attend college with the GI Bill.

Primarily, she didn’t want to follow the path that was afforded to most women: nurse, teacher and secretary. “I was 18 & wanted to get away from home to do something exciting with my life,” Tammi Jean said.

First and foremost, Franklin said that the military established in her a whole new sense of pride for her country. As a symbol of her reverence for the flag of the United States and the Navy, she flies both every day at her home.

Some other things she learned in the Navy were to be on time or early, be vigilant and trust the team.

In 1977, there was no processing out of the military. “We left as ‘onesies’ with little to no explanation of our benefits.” In addition, and like so many others leaving the military after Vietnam, there was no welcome home for her.

As with many newly-minted veterans reentering the civilian world, there is a profound loss of belonging to something bigger than self.

“One day I was in the Navy, the next day I wasn’t, and I was flying home alone.”

Advice to veterans in transition

“Know that you are not alone,” Tammi Jean explained. “We’ve come a long way since Vietnam, with the resources and services available to help you reintegrate. It’s up to you to use them. Take advantage of them.”

Her other pieces of advice are just as important.

We’re honored to have Tammi Jean on our team, and sincerely thank her for her service to our country, and all that she is giving back to support her fellow veterans 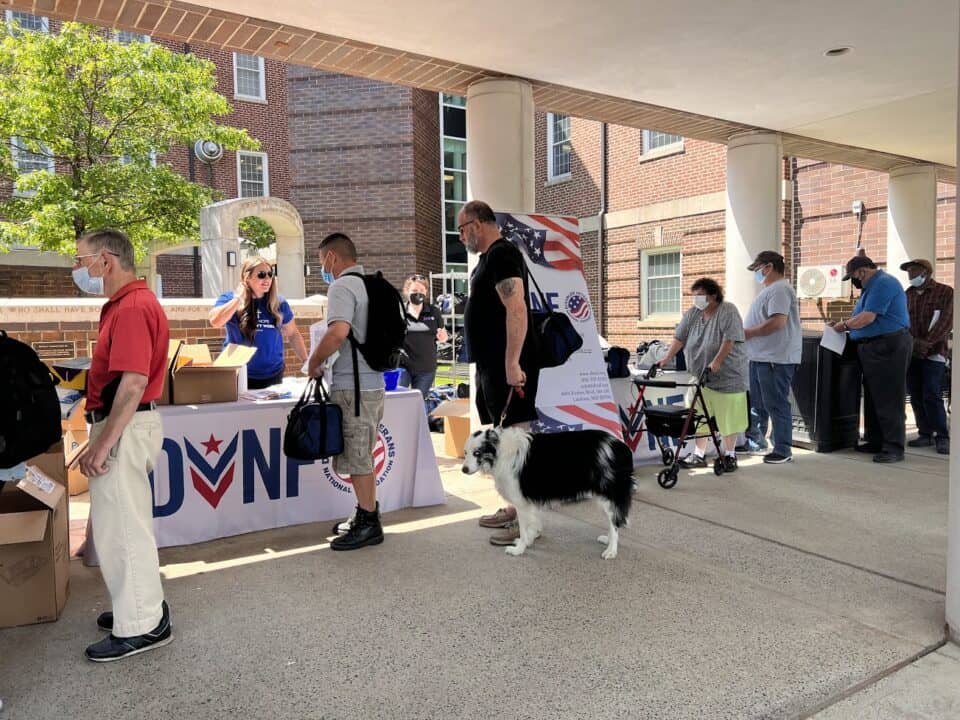